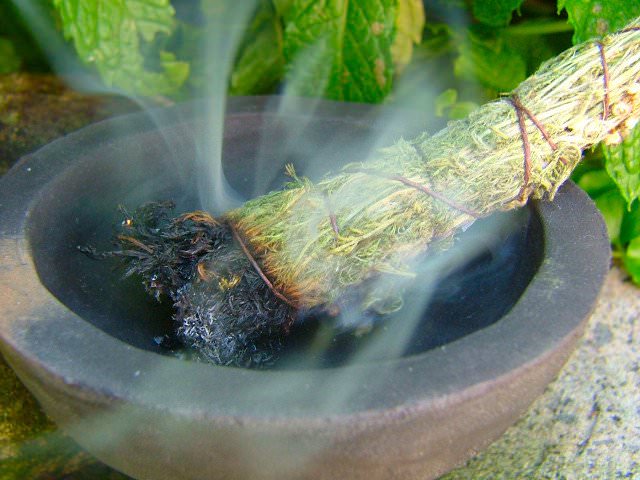 I wrote this article a while back. But thought it’d be a good time to share as we are all cleaning, and super-sanitizing our homes, our cars, our offices, ourselves…

Spooktober is over but I still like the idea of posting about other, non-book related stuff. Here’s another article I wrote a while back for an online paranormal magazine, Paranormal Rag, about something not so spooky. We’ll call it “woo-woo” if you want.

Someone posted a comment on FaceBook about how to rid someone’s house of negative energy so thought I’d respond with the article since it was relevant and truthfully helpful information when I needed it.

So we all hear ghost stories told by the camp fire. Perhaps we watch the plethora of ghost hunting shows on cable television. I know that I do. Maybe we’ve seen, heard, or felt something we can’t explain. Ever just had a bad feeling or seen a shadow where one shouldn’t be? Maybe your house needs a good, old-fashioned spiritual cleansing.

The problem with the aforementioned shows that I have watched is that rarely is anything ever done to get help the family deal with bad spirits, energies, or even worse. Now I know nothing about exorcisms other than what I’ve seen on the fictional television show, “Supernatural” so if that’s what you are needing, I advise you contact a professional. I wouldn’t even know where to look that up in the Yellow Pages, but that is NOT what this article is about.

When I first moved into the home in which I know reside, I just didn’t feel “right”. Nothing wrong with the house. It was perfect for our family’s needs and in the school district we wanted, and it checked off everything on our list. But that didn’t make my stomach any less queasy when we did the inspection, walk-through, and then again on moving day. Something was just…off.

Did I order an exorcism? Well, no. It’s wasn’t that bad. I didn’t find a portal to Hell nor did a ghost throw slime in my face so it wasn’t THAT bad. It was just a negative feeling in the house, an oppressiveness. Not everyone experienced what I did, or they ignored it because it didn’t make sense. But when something doesn’t make sense, I want to make it make sense. So I opened up my laptop and went straight to Google, then to Amazon to order books, and then to Facebook to find blogs that may have a nugget or two of wisdom that would help me.

What I found was by no means revolutionary or hocus-pocus in form or fashion. Actually, it was simply feng shui – a commonly used form of design to help one’s own energy harmonize with their surroundings by balancing invisible forces or energies that bind us all together with the planet and the universe. Feng shui, a Chinese form of geomancy, means wind and water.

We could go into all the specifics of feng shui but then this article would become a book, and I know enough to know that I do not know enough about the practice to write a book on it. Besides, there are so many books written by experts out there, and blogs online, and your sister’s cousin’s next door neighbor probably studied it in interior design class…so we’ll keep things simple here.

SPACE CLEARING is an essential part of modern feng shui and involves clearing the space (in this instance a house) on an energetic level. Physically, you clean away the dust and dirt and rid yourself of clutter to avoid buildup of clutter and dirt on an energy or emotional/spiritual level. I’m sure everyone is in the midst of, or finishing another round of, super-sanitizing everything with the COVID-19 crisis.

This particular brand of cleaning/clearing is recommended when one moves into a home, at least once a year, and particularly after traumatic events, such as divorce. And would probably be a good idea to alleviate the stress energies building up with everyone now stuck at home for the most part while social distancing.

As we had just moved into a home where the previous occupants recently underwent a bitter divorce, our house needed to clean out the negative emotions and energies still residing within its walls.

An example of how well this process works can simply be found when one does an intense spring cleaning of his/her home. It’s exhausting, but quite therapeutic.

In addition to physically cleaning the home, there are other methods to clear negative energy from your home. A common practice is called smudging. This is a symbolic ritual found not only in feng shui, but also in alternative medicine practices. Items you will need are few and easy to come by: 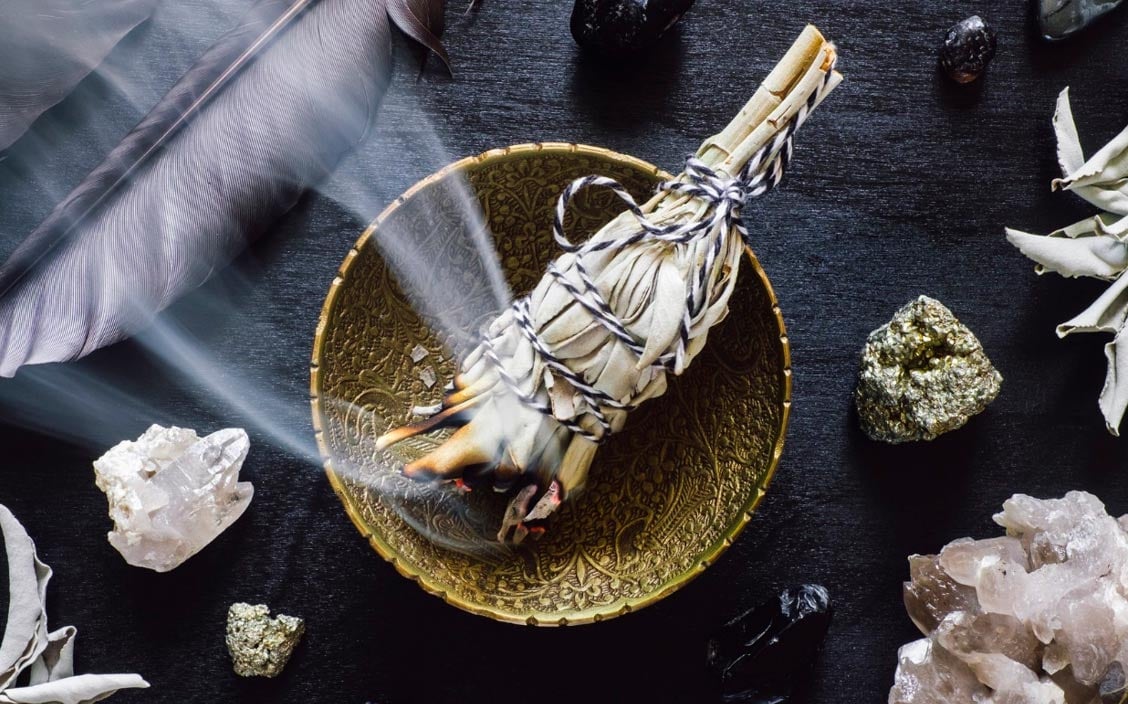 Light the candle and light the tip of the bundle of sage or other stick of herbs. A prayer or meditation before starting is also recommended. Doesn’t have to be fancy or a particular prayer, just let your heart speak. Slowly and with mindful intent, allow the smoke to waft through the home as you walk around the house in a clockwise manner and go into each room, playing particular attention to the corners. Recently, I was informed that using a feather to help with the wafting part is essential. I’ve done this with and without a feather so I truly believe either way is fine.

Also don’t neglect closets. Keep your mind on loving and positive thoughts as you do this. When you have done this throughout the entire house, go back to where you started and extinguish the lit smudge stick in the sand which should be in a fire-proof container.

That’s it. Quite simple.

A bit of smudging and my house was not only livable, but it was mine without all the emotional and spiritual baggage that had soaked into its walls from previous tenants.

There are plenty other methods (including salt rock lamps, incense, and essential oil or holy water sprays), but I’ve found this one is so simple that even I can do it. And…it works.

If you find your problem is much larger than residual negative energies sticking to your walls, then you will need something more detailed and intense. I recommend contacting your local paranormal investigation group (they are as easy to find as doing an internet search). Whereas I don’t see a lot of television ghost hunters helping people rid themselves of nasty or pesky spirits, I have spoken with several local groups and they do this on a regular basis. If in need of that level of help, call your local “ghost busters.” In the meantime, grab a smudge stick. It can at least leave your home smelling herbal fresh.

4 thoughts on “Clearing Negative Energy from Your Home”