Instead of #TeaserTuesday, thought I’d jazz things up a bit with #TrueStoryTuesday.

And boy do I have a doozy for you today!

This is the true story of “The Bee Whisperer” — or maybe it should be titled “The Bee King” or something like that.

During all the social distancing mandates, I’ve gotten the kids outside doing chores and encourage them to play basketball together or whatever, but GET OUTSIDE in the super-healthy Vitamin D (otherwise known as sunshine).

One of my children, who will refer to as “D” for simplicity sakes, has taken the get-outdoors order seriously. He’s been mowing the lawn, pruning the trees, power-washing the driveway, prepping the veggie garden, and washing everyone’s cars. I wish all my kids were this industrious (the high school senior spends his time on Xbox if he’s not at work as an “essential” fry cook at a local restaurant).

Perhaps the bees recognize a busy bee when they see one, but they have taken to my son, D. Seriously taken to him as one of their own.

Not sure what started the chain of events. If it was him saving a bee from a preying wasp or just because he’s outdoors with them all the time, but D has formed a special bond with the bees.

A couple days ago D was outside washing the cars. A wasp kept dive-bombing his head as he worked. D looked over to a nearby blooming tree where bees were buzzing around doing their thing. He somehow made eye contact with one of the bees (not sure how you can do this, but he swears it happened just like this). The bee then did a nodding motion and D nodded back.

Then the bee rounded up all his bee friends and they swarmed, attacked, and killed the wasp that had been bugging D. The bees then dispersed. One bee in particular went back to the earlier tree, turned back to D, and nodded. D then saluted the bee and said “Thanks.”

Not sure if this was before or after the Battle of the Driveway when the bees annihilated the wasp, but D was also showered with bee pollen one day as a bee flew over his head. I told him, the bees were raining down pollen in lieu of confetti for his coronation as bee whisperer, or bee king, or whatever.

We were outside yesterday trimming bushes in the front yard. D was doing all the heavy lifting on this one as he’s taller and knows what he’s doing with the electric hedge trimmer contraption. He finished all the bushes except the yellow ones closest to the house. D informed me on his way inside to shower (as I continued to pull weed from the garden) that he decided NOT to trim the yellow ones because the bees really enjoy those and he didn’t want to disturb them. 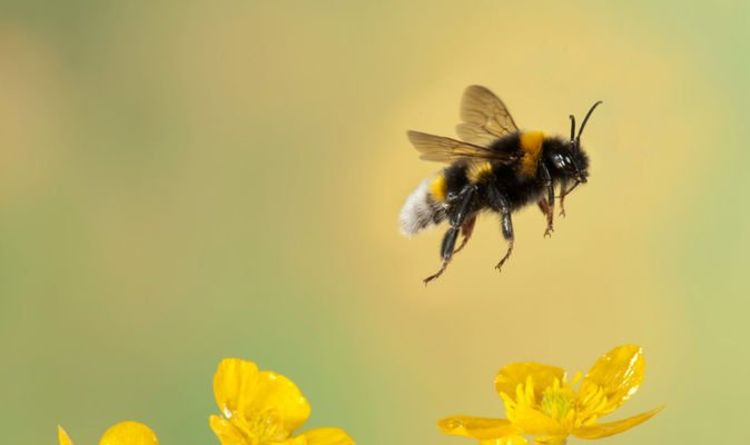 Bees are amazing creatures and I for one am so happy we have them in our yard. Treasure the bees you see in your own yards, as we need the bees for survival. My allergies may not like all the pollen flying around this Spring, but pollen is essential and so are the bees.

If you have a stranger-than-fiction TRUE story and wish to share, send me a DM or email at kvcfreeman5@gmail.com. I’d love to share your story with the world.

Love and virtual hugs to all!