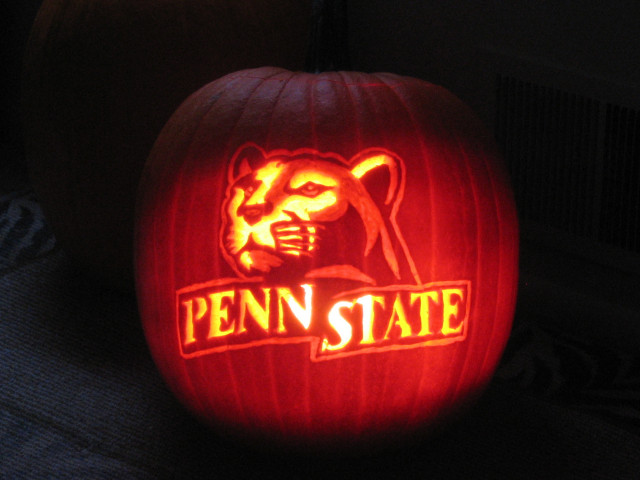 Spooktober is almost over but I still have plenty of ghostly, scary tales to share.

When I wrote articles for Paranormal Rag, a now defunct online magazine, I did a series on haunted colleges. I have yet to hear of a college/university that doesn’t have its share of ghosts.

This particular article looks into the spirits at Penn State University. Apparently, there are so many ghosts in and around the campus of the Nittany Lions, they have their very own paranormal investigation group which was aptly highlighted in the television reality series, Paranormal State. Even though the show is no longer on, I still hold it up as one of the premiere ghost hunting shows to this day.

One of the most popular places for ghostly tales comes from colleges and universities. Every school seems to have its share of paranormal activities. But none more so than Pennsylvania State University (Penn State). The main campus in State College, Pennsylvania is renowned not just for excellence in academics and sports, but it tops the list of institutions of higher education in another less publicized category – ghosts!

Founded in 1855 as the Farmers High School of Pennsylvania, the school underwent many name changes over the years and officially became Pennsylvania State University (Penn State) in 1953. But not before the land and the buildings had seen their fair share of tragedy and death.

Two of the most note-worthy ghostly residents are a former president of the college, George W. Atherton (president from 1882 until his death in 1906) and the industrialist, Charles Schwab. George is buried next to Schwab Auditorium, near the Old Main building. There have been reports of the ghostly apparition of the president inside the auditorium taking in some of the shows there, possibly alongside another popular ghost – Charles Schwab himself who donated the majority of funding for the construction of the auditorium. Students and staff have witnessed the stage curtains moving when no one is near them. Even creepier are the accounts of seats being pushed down by an invisible force during performances and then goes back up when the show is over as if someone was sitting there watching the show. Mr. Schwab’s ghost has even earned the affectionate nickname of “Schwaboo the Ghost” from the students. Other ghosts are said to haunt the auditorium, including a janitor and at least one female spirit. Students and staff have experienced noises from upper levels when no one is there, footsteps, being scratched, and seeing objects move supposedly by themselves. 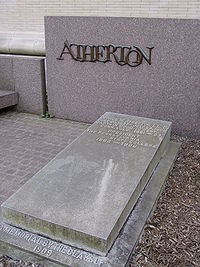 However, it’s the ghost of Atherton’s wife, Frances, who spooks students the most. She keeps vigil in an upstairs window of the Old Botany Building (the original location of the school’s botany department) overlooking her husband’s grave. 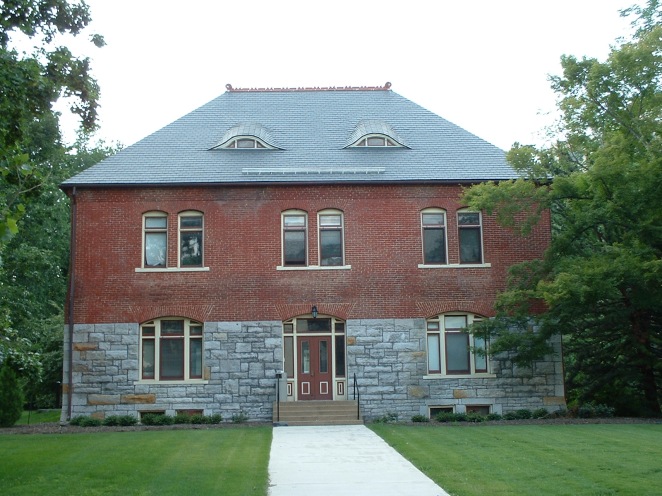 The building itself was investigated by the Penn State Paranormal Society (A&E’s Paranormal State) in 2007. Mrs. Atherton keeps herself busy. Reports of lights going on and off and the sound of footsteps in the locked room from which she watches over the grave; electronic devices mysteriously malfunctioning; and even an apparition of an elderly woman rocking in her chair while knitting. She has also been seen floating along the corridors of Atherton Hall, a former girls’ dormitory (now home to the Schreyer Honors College) named after herself. Other ghosts are reported to reside in Atherton Hall – a former house mother nicknamed “Gumshoes”, and the ghost of someone who was rumored to have died in the elevator shaft.

So far Penn State’s ghosts appear to be friendly, or at least non-threatening. If you’re up for a bigger fright, you may want to park yourself in the Pattee Library late at night for a study session in spookiness. An unsolved and mysterious murder happened there on November 28, 1969. Graduate student, Betsy Aardsma, was stabbed multiple times from behind. There was no sign of a struggle and very little blood at the crime scene. Betsy’s ghost is said to haunt the stacks of the library near where she was murdered. She makes her presence known by sudden drops in temperature, moving objects around, and her apparition has been witnessed by several students studying late at night. One male student was intrigued by a pretty girl passing him in stacks. After gathering his courage to talk to her, he walked in the direction she had gone only to find it was dead end and…no girl. Still seems harmless, right? Not so for one female student who felt invisible hands gripping her neck in the same location as the murder. Other students have reported hearing screams from the library basement, shadow figures, and red glowing eyes in the darkness. Creepy!

Want to go on a ghost walk? Sadly, Penn State’s own Ghost Walk trail no longer exists, but that doesn’t mean the ghost(s) went away. The secluded path once traversed from the Old Botany Building to the far northern section of campus. It is marked today by a lone spruce tree between the Old Botany Building and Burrowes Building. Sounds innocent enough, right? Well, there’s a good reason it was given the name Ghost Walk. Back in the 1860s, a student became lost in a sudden blizzard and froze to death. Since then an apparition has been witnessed by students to be roaming the trail.

There are countless other tales of paranormal activity at Penn State, but by far the cutest ghost story (yes, I said “cutest”) is the one of Old Coaly, the mule. This particular mule was part of the pack team during the construction of the university back in the 1850s. Old Coaly stayed on campus after his work was done and was the first mascot for the school. He died New Year’s Day 1893 but still roams the campus. Sounds of his braying could be heard along with his thudding hooves through Watts Hall late at night. Why inside a building? Well, Old Coaly’s skeleton has been kept on display at the university. His bones have been moved numerous times, but wherever his remains are exhibited, his ghost follows. Currently, Old Coaly resides in the HUB-Robeson Center.

There are so many other tales of ghostly shenanigans at Penn State, it would take a full-length novel to include them all. Spirits are reported to rattle pipes in Beam Hall; a ghost hard at work late at night in Ihlseng Cottage; a poltergeist frightening students in the Keller Building by locking doors and ransacking rooms; disembodied voices in the Pollack Laptop Library; and too many ghost encounters to count in Runkle Hall – just to spotlight a few. Thus, why Penn State is considered to be one of the most haunted college campuses.