For the last few weeks you’ve been reading about Rekindled Prophecy – Greylyn the Guardian Angel series, Book 1. You’ve been introduced to her guardian angel counterpart and mentor, Jasper Moreau. And you’ve witnessed her in action saving a co-ed with self esteem issues from a nefarious soul stealer in a country western bar.

But who exactly is Greylyn?

Greylyn was born over 450 years in the Irish countryside. She wishes she could tell you more about her human life, but since rising from the grave as a guardian angel she doesn’t remember anything from that time. Her first memory is waking up, underground, with the pungent odor of earth and fear infiltrating her senses. 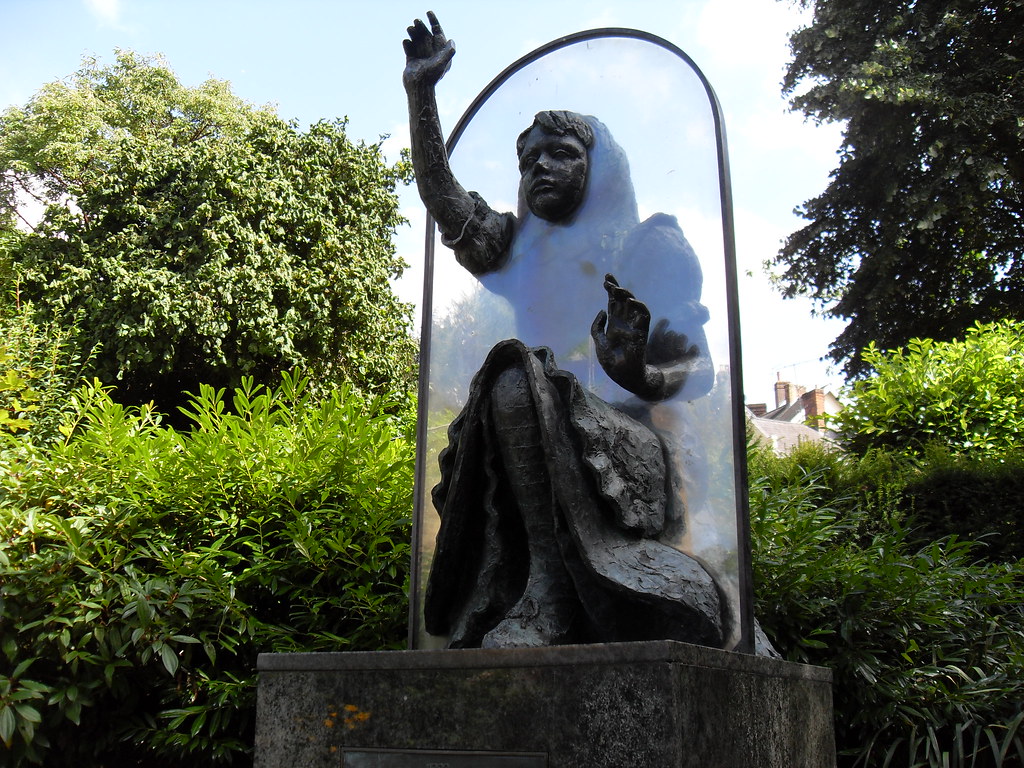 The above image is “Alice in the Looking Glass” — a statue in England, which will have more relevance once we get to book three in the series. For our purposes here, it appears as if a young woman is reaching out from the grave.

Once Greylyn dug herself out of her grave, she met someone who would have a profound effect on her “afterlife” — yes, the handsome and strong guardian angel, Jasper. But don’t let their closeness fool you. Our beautiful guardian, Greylyn, has a penchant for the bad boys.

Enter dark guardian, Kael O’Shea. We’ll discuss Kael in more detail later. I just didn’t want you to misconstrue the situation with Jasper. Not that he hasn’t tried over the centuries to win her heart, body, and soul. It’s just the chemistry between Greylyn and Kael is off-the-charts hot and undeniable, even though she vehemently denies it.

Jasper taught Greylyn everything she knows about being a guardian angel, including how to fight. Sometimes they battle the bad guys together, and sometimes apart. There just aren’t enough guardian angels to go around, so they are kept plenty busy.

Greylyn takes her job seriously and rarely enjoys any R&R for herself. She’s learned not to get too close to the humans she is meant to save, but she has a huge heart. Whenever she fails a mission, it hits her hard. That fear of failure propels her forward, but doesn’t fill the emptiness in her heart and soul. A few people have been fortunate enough to make it into her inner circle, including a snarky Australian former rugby player turned college professor with an affinity for the paranormal; an Irish innkeeper; and the subject of Greylyn’s mission in Rekindled Prophecy — a young bride with a secret and a supernatural price on her head.

Here’s a glimpse into Greylyn’s meeting with the bride, Kelly:

Kelly’s voice was soft and sweet, with just the faintest Southern belle tinge. There was something that bothered Greylyn from the moment she’d walked in the room. A glimmer of gray hung over her like a cloud. Despite the smile, this woman sensed something was wrong too. When they shook hands, waves of energy spiked from Greylyn’s hand all the way to her neck. Not painful, but more like the warmth of a cashmere blanket. Familiar, but foreign.

Greylyn’s mind flashed back to the vision of the woman in white silently screaming in the window. Although the vision had been blurred, there was no doubt that Kelly had been the woman. For a split second, another image emerged. Glazed hazel green eyes, but the face was blurred. Again the vision morphed to pitch darkness surrounding the woman in front of her, like acrid smoke billowing off a bonfire. But instead of the smoke floating away from the source, it encircled her.

But that still doesn’t answer “Who is Greylyn?” Our heroine drives a 1968 British racing green Camaro, loves hair-band heavy metal music, and sports a Celtic dagger when going into battle. Her drink of choice is called a “Godfather” — half scotch/half amaretto over ice. She’s petite (under 5’2″) with long raven hair and a spattering of freckles across her nose and cheeks. Her eyes are like emeralds…unless she’s upset or angry (her eyes turn as blue as the Mediterranean Sea). Her friends call them “mood eyes” (like a mood ring which changes color with your mood). 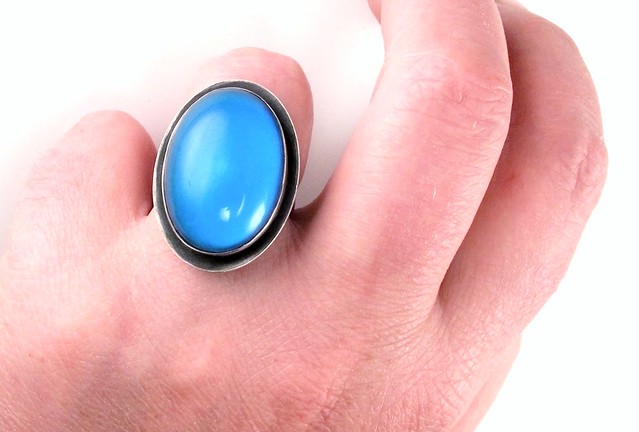 I don’t want to give away too much about our lovely heroine. I prefer you read about her for yourself when Rekindled Prophecy comes out in November 2019. Until then, I’ll keep posting tidbits here and there to keep you intrigued.

Have a safe & fun Mardi Gras!