The End – This Time for Real

It is with a mixture of great joy and sorrow that I typed those two precious words at the bottom of the page of Book 3 (working title: Remembrance & Revelation) of the Greylyn the Guardian Angel series.

Who would’ve thought I’d struggle through one of the most heart-wrenching scenes I have ever written (no spoilers here, I promise) while surrounded by dozens if not hundreds of screaming kids at an indoor trampoline facility for a birthday party? Seriously? Who does that? I can’t imagine Jane Austen penning the declaration of love scene between Mr. Darcy and Miss Elizabeth Bennett while children ran wild around her. 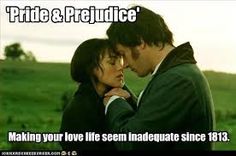 Did Shakespeare create one of his great romances, comedies, or tragedies while a mob of children played Ring-Around-the-Rosy around him with his parchment and quill?

Regardless, that was how THE END came to be for my first urban fantasy trilogy.

***Side note – PLEASE stop me if I say I’m going to write another series. Kick my a** if necessary, but do not let me do that again.

But that’s a subject for another day. Actually, I may have written about that already. Yes. Yes, I did.

So back to THE END…

Each book in the series has had it’s own temporary ending, with the allure of more adventures to follow. I hope everyone will enjoy every word of all three books, and will look upon the end of Book 3 as all you’ve ever wanted for the characters, but please understand that not all twists and turns are meant to be tied up in neat little bows. Honestly, I think it is against a writer’s nature not to leave something out there in the ether for readers to ponder long after they’ve finished reading.

My favorite explanation of this phenomenon came from Chuck in the hit television series SUPERNATURAL. I lot of my favorite quotes come from Chuck.

“Endings are hard. Any chapped-ass monkey with a keyboard can poop out a beginning, but endings are impossible. You try to tie up every loose end, but you never can. The fans are always gonna bitch. There’s always gonna be holes. And since it’s the ending, it’s all supposed to add up to something. I’m telling you, they’re a raging pain in the ass.”

And of course, the ultimate tease… 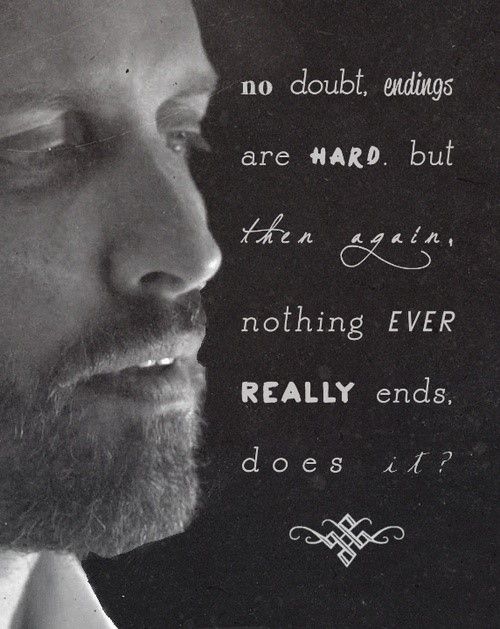 So how should we celebrate THE END? I’d give you an excerpt of Book 3 but you have a lot of reading to do to catch up. Yes, I know that’s my own fault. Book 1 “Rekindled Prophecy” will be available soon. Getting the book cover gussied up and once I get this marketing thing figured out (insert evil laugh), we are all set!

Instead of giving you a quick look into Book 3 and the ending, how about we start off with a few nuggets from Book 1?

For over 450 years, guardian angel, Greylyn McLeod has fought to protect the souls of innocent humans from their own inner demons and the more nefarious real ones. A sexy dark guardian, Kael, has kept a close watch on her, tormenting her very heart and soul as an undeniable sexual chemistry threatens to engulf them with every encounter. Called to the rural Shenandoah Valley, she finds herself working with him to protect a young bride from a wicked fallen archangel’s game to bring about a long dormant prophecy — one so dangerous that neither Heaven nor Hell wishes it to be unleashed.

Here’s another blurb. Which do you prefer for the book cover?

Protecting humans from their own demons and the more nefarious real ones…that’s her job as a guardian angel. Greylyn knows no other life.

Just another day in the last 450 years of her existence, just another simple assignment in the lush picturesque Shenandoah Valley. Not quite.

As soon as she arrives at the quaint bed and breakfast, Greylyn senses evil and she instinctively knows what, or more like “who”, to expect – Kael, a sexy dark guardian working for Hell. He’s tormented her heart and soul for centuries as an undeniable sexual chemistry threatens to engulf her with every encounter. Expecting a battle, she’s shocked to discover he’s there for the same reason she is…to protect an innocent young bride whom Hell has marked for death. But why?

Seems Kael’s boss, a notoriously wicked fallen archangel, has plans for the young woman. Too bad, those plans involve holding her life over Greylyn’s head as collateral.

Olivier wants one thing…for Greylyn to fulfill a long dormant prophecy – one so dangerous that neither Heaven nor Hell wishes it to be unleashed.

Last week, I gave you the Prologue so we need something “more” this week. How about this nugget where our heroine, Greylyn, meets up with the sexy dark guardian, Kael under the gazebo at a quaint bed and breakfast in the Shenandoah Valley?

The shadow didn’t move. As she neared the gazebo, the scurrying of a squirrel up the tree behind her was enough to warn the entity of her presence. It still didn’t move. Maybe this was a dumb one. Now, wouldn’t that be lucky?  As usual, luck was not in her corner.

“Hello, Greylyn! Long time, no see. Did you miss me?” a husky male voice called.

Chills ran up her spine at the friendly greeting, and her breath caught in her throat. Not only was she discovered, but that voice belonged to the one dark guardian she never wanted to tangle with again. Kael. The menace had been showing up repeatedly ever since she began battling for good shortly after her “rebirth.” She had never in her over 400 years of being a guardian angel encountered the same evil being twice…except for this one. He took immense pleasure in subverting her efforts, and it always felt like he was toying with her.

Trying her best to sound unruffled, she countered, “Well, I would say it’s great to see you, but we both know that it’s not.” With more bravado than she felt, she stepped out of the shade of the trees into full view of her opponent.

Yes, it was definitely him, with that charming, cocky grin. She despised him for all the evil he had unleashed on the world and untold damage to humanity, but more so for the way he made her weak in the knees. With him around, Greylyn would have to be extra careful. Her head was never clear when he was near.

“Dare I ask what you are doing here aside from disturbing my vacation?” Despite her best efforts, her voice wavered.

With a soft chuckle he emerged from the shadowed corner of the gazebo. Tall, dark, and sinfully handsome. His deep cocoa-brown eyes danced wickedly, alight with gold flecks that could hypnotize even the strongest mind. She had discovered long ago that directly gazing into those seductive pools was more dangerous than teetering on the edge of a volcano. Although unsusceptible to regular demon thrall, the same did not apply to him.

He strode over to Greylyn, took and gently kissed her hand. “Come sit with me, love.”

His touch sent an electrical surge through her entire body. Her breath caught in her chest. Every nerve ignited.

She steeled herself for any further interaction, digging her nails into her palms so as to not reveal his influence over her.

His chestnut brown hair, with just a touch of auburn highlights, swept his forehead just above brooding, dreamy eyes.

Get it together, girl!

“Love,” he drawled with a slightly southern, cowboy twang, “we both know this is no vacation. Although I don’t see why we can’t have some fun.” The side of his mouth ticked up in one corner, showcasing his dimple.

She watched in involuntary fascination as he continued to stroke the top of her hands, “Dear, dear, Greylyn. Why don’t you save yourself the trouble? Go on a real vacation. The Shenandoah Mountains are lovely this time of year, and I know how much you enjoy hiking.”

She would almost swear she saw sparks flying off her skin from his caress.

“No thanks, Kael. Tempting, but I’d rather kick your ass back to Hell.”

A little bit of romantic intrigue. While the series is firmly planted in Urban Fantasy, it does have strong undertones of sex appeal, the allure of the bad boy, and romance.

Also, thought I’d leave you with a teaser photo of the epic couple. 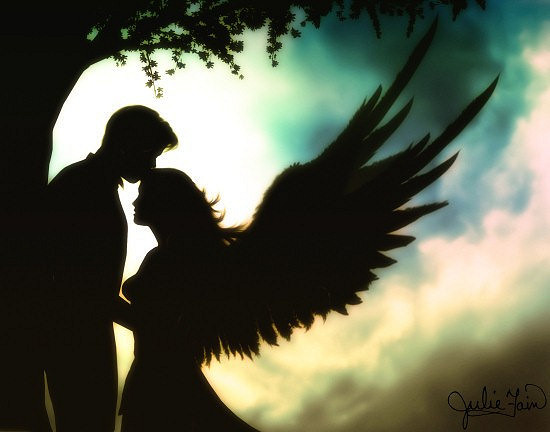 Okay, so as a guardian angel, Greylyn does not technically have wings. Think of the wings as metaphorical.

After I recover from my THE END party hangover, I will be up to my neck in edits. But I promise more and more teasers to come very soon.