Miscellaneous Rantings of a Busy Woman/Writer

I hope you are still out there. My sincerest and deepest apologies for neglecting you these last couple of months. Sometimes everyday life catches up with you and all else, all your good intentions, all your dreams for launching a successful career/hobby/anything go straight out the window. What seemed like a couple weeks of craziness over the holidays turned into couple months of non-stop activity. Mostly family obligations…having five children, it’s not unusual for things to get out of hand or be hit with something out of the blue.

Maybe there needs to be a specialized time management course for moms still trying to hang on to some semblance of a life and pursue their own hopes and dreams. Would love to teach it, but I need to learn it first.

And that brings me to my thoughts for today…they are all over the place. I could make myself nuts with the multiple To Do Lists in my noggin, but today is a day for therapy, not stress. Today…I’m completely unfiltered. My comments are 100% off-the-cuff. Whatever insanity my fingertips taps out on my pc that show up on this page…hey, it’s Miscellaneous Whatever Day!

So what’s on my brain today, unrelated to my writing, unrelated to the short story I’m working on for another anthology, unrelated to somehow getting my oldest son into college (and finding a way to pay for it), unrelated to my children’s school stuff and sports schedules, and all that day to day stuff that has been crowding every second of every day and clouding my brain…

Let’s see what’s behind the curtain.

Had a last minute rescheduling of my son’s basketball game, so I sat down on my bed with my pc in my lap and the tv on. Unproductive, I know. But it got me to thinking.

Sleepless in Seattle was on. A romantic classic that sends my hubby to the playroom with the kids to play Super Mario Brothers on his ancient Nintendo NES every time. The movie was towards the end, and I started wondering. Wouldn’t it be fantastic if the movie went on a few more minutes and we got to listen in on what had to be the most awkward conversation in the world as Tom Hank’s Sam and Meg Ryan’s (oops, forgot the character name – Annie…that’s it!) sat down to get to know each other.

Tom: So what’s a gorgeous babe like you do stalking a widower and his son on the other side of the country?

Meg: Well, actually, I was engaged. Just broke up with the poor bloke a few minutes ago as we were having Valentine’s Day dinner and sipping champagne after picking out china patterns at Tiffany’s.

Tom: Wait! You did what?

Later in the conversation Meg tries to explain that SHE didn’t send the letter to him that Jonah (his son) fixated on. It was her bestie, so she’s not really the stalker.

Tom’s eyebrows furrow. He pays the check, takes Jonah by the hand, and runs out.

Just a few more minutes of screen time would’ve been delicious, don’t you think? How many other movies would you just love to have 5-10  more minutes? No need for a sequel, because those are entirely pointless and overrated, and overdone in Hollywood (as Furious 7 plays on my tv now). Just a precious few minutes to give the audience insight into supposed Happily Ever After (HEA). That’s why I love books with epilogues. You get the “What Happened Next?” moment. Some movies should definitely have epilogues.

So what else is lurking inside my little brain today? While we’re on the topic of movies…does Hollywood have ANY NEW IDEAS???? Seriously…Furious 7 is on (see above). The only movies being created seem to be sequels, prequels, remakes of classics movies and old television shows (bad remakes), remakes of movies that should never be made in the first place, and endless superheros with more Computer Generated Imagery (CGI) than acting.

I beg you, Hollywood…take a chance and go with an original idea for once in like forever.

Seriously, I haven’t been to the movie theater since Serenity (movie basically serving as the epic epilogue for the television show FireFly). The only reason Furious 7 is on my tv screen right now is because it’s Sunday afternoon and nothing is on television; and I like to have some background noise when I’m not in complete writer’s trance and the words are flowing.  Of course, it doesn’t hurt to glance up and ogle Vin Diesel, The Rock, Jason Statham, and Paul Walker (RIP). Hollywood, please give me a reason to fork out the megabucks and go to the theater.

Anyone else disturbed by commercials with cannibalistic food? I no longer purchase Cinnamon Toast Crunch or PopTarts because of their commercials.

And DO NOT get me started on the bears and toilet paper commercials. The company did not need to “go there”.

Another issue I have with commercials…it’s always the dufus guy with the smart, hot woman who knows it all. Don’t get me wrong, I believe in feminism and all, but the man-bashing (overtly and otherwise) needs to tone it down a bit. Sad thing is, some guys probably don’t even notice or care that they are being made fun of non-stop in television and movies.

Mostly though, commercials have amazingly obnoxious people in them. Does this actually sell products? 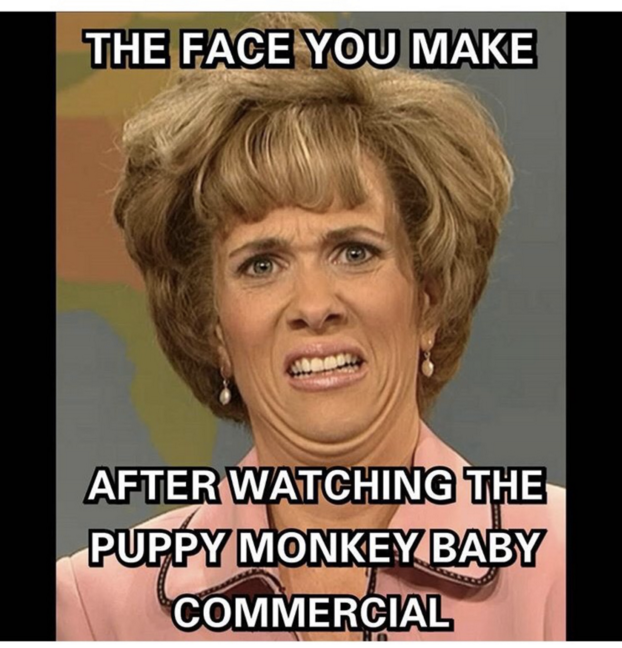 Don’t even get me started on Flo and the amazingly even more annoying sidekick, or the former Verizon, now Sprint, guy (and the new Verizon guy), …this list can go on forever.

And that’s the most political I promise to ever go with this blog. Yes, I could use this little platform to preach and screech to the world, but no one wants that. It’s also the reason I stopped watching Hollywood self-congratulatory award shows. My use for watching television and movies is to be entertained, not lectured regardless of the topic. Also, couldn’t they spend more time and effort making entertainment rather than patting themselves on the back. Entertainment industry, try entertaining again.

Wow! Did not intend this to be a whine session about Hollywood. Let’s try another topic…

Moms & Dads: Anyone else miss the days where kids could just play a sport for fun? When did it become necessary for a child to specialize in a sport and receive year-round training from the age of three or four? It’s a mega business here in North Carolina, and I imagine we’re not the oddball state in that. I’m just as guilty. If my kid likes a sport and shows some aptitude at it, I’ll fork out the dough and time for training, practices, games, travel, whatever. The minute they no longer enjoy it though…we are done! If they want to casually play a sport, even better. Loving the fact that my oldest returned to recreational basketball his senior year of high school. Why? It’s just one more item to tack onto the calendar. Because he’s just having FUN! And isn’t FUN what it is all about? 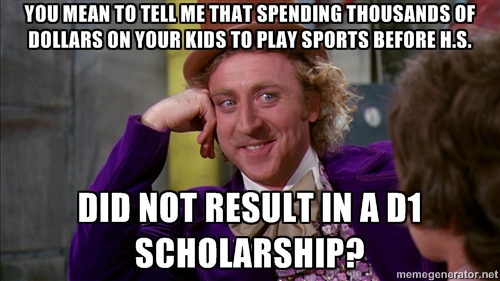 Anyone still hanging in there with me?

So there’s nothing earth-shattering in my blog today or any day, but this was an especially free of context, free of rules, free of anything remotely important in the overall scheme of things. Just a rant, because sometimes we just need to push out all the garbage in our brains in order to reset our minds. Today, I could’ve focused on the short story that is lacking its ending, regardless of the looming deadline. I could’ve focused on the mountain of laundry piling up in the washroom. I could’ve researched independent author publishing aids and learned how to market my books. But I didn’t.

There were a million things I could’ve done today, but I needed to just “be”. Let the nonsensical stuff infiltrate my brain and run around, crashing through all the more important or pertinent tidbits demanding my attention at all times. Of course, glancing up from my pc to the vision of Jason Statham and Vin Diesel battling it out doesn’t hurt either. Yes, I know…the sequel rant above biting me in the butt now, but the movie really is only good for one thing…ogling the guys.

Thanks for sticking with me through this maze of incoherent ramblings. Sometimes a writer finds he/she can no longer write what’s needed, what’s wanted. Some call it writer’s block. And that is a correct term, but sometimes one simply needs to let the chaos fly in order to reset the brain for another, hopefully productive week. My days may seem mundane to some as a stay-at-home mom, but I love all the chaos it entails. I love trying to inject my own creativity into my routine by aspiring to be a writer in addition to SuperMom.

Some have compared a woman’s brain to the internet with thousands of browser windows open at once.

That is 100% accurate and more so for moms. Sometimes, to get back to SuperWoman or SuperMom status, we need to clear out the junk and just be silly. Today, was that day for me.

I sincerely thank you for tolerating my ramblings today. My promise to you, my dear readers, is to re-commit to writing more informative, more entertaining articles for you in the future. And, if there’s a topic you’d like me to touch upon, please email me or leave a comment here. The only way this blog makes any sense is for me to address what my readers want/need to read about. So I’m here at your pleasure.

KC (the C stands for Chaos)