How many times did I hear that when we were looking to buy a house? But that’s not what we’re talking about today.

When it comes to my writing I’m a stickler for authenticity. Writing fiction gives me a lot of leeway, especially writing fantasy fiction. I can create whole new worlds! It’s fun and exciting. But when it comes to writing real places into my stories…I want it to be spot-on accurate so if the reader finds themselves in that particular location they will recognize it from my stories.

Let’s take Rekindled Prophecy – Book 1 of the Greylyn the Guardian Angel series. For a good chunk of my adult life I lived in Northern Virginia (metro DC). Book 1 includes locations that I am quite familiar with, including the “fictional” bed & breakfast that serves as the main location. Why? Because it was the setting for my own wedding back in 2000.

Therefore, when I wrote those scenes I was confident in my descriptions. If you drove up the winding driveway to a magnificent manor straight out of the pre-Civil War period, perched on top of a high hill, with dark green shingles and a rugged stone entranceway…you’d know you were in “Gaelic Haven”. Although the inn is now permanently closed (and went by another name – Killahevlin when it was in operation), you’d know this was the location of Kelly and Matthew’s wedding, and more importantly…where Greylyn and Kael first kissed (under the gazebo overlooking the koi pond in the back yard) — which happens to be exactly where my hubby and I said our “I Dos”.

Book 2 of the series has a number of familiar locations too — a club in downtown DC that I frequented TOO much as a young twenty-something; the National Cathedral; etc. But there were also places I have never been – for instance (while trying not to give out too much information since the book isn’t released yet): Mount Kailash. Never been there. Probably never will as my bucket list does not include climbing incredibly tall mountains in blizzard conditions. Also, I have a fear of heights so no mountain climbing in my future. But I wanted it to be authentically described so I researched sherpa villages in the Tibetan mountains. Since I’ve never been to one myself, if you have and you read the second book of the series and find discrepancies…please contact me so I can fix it. 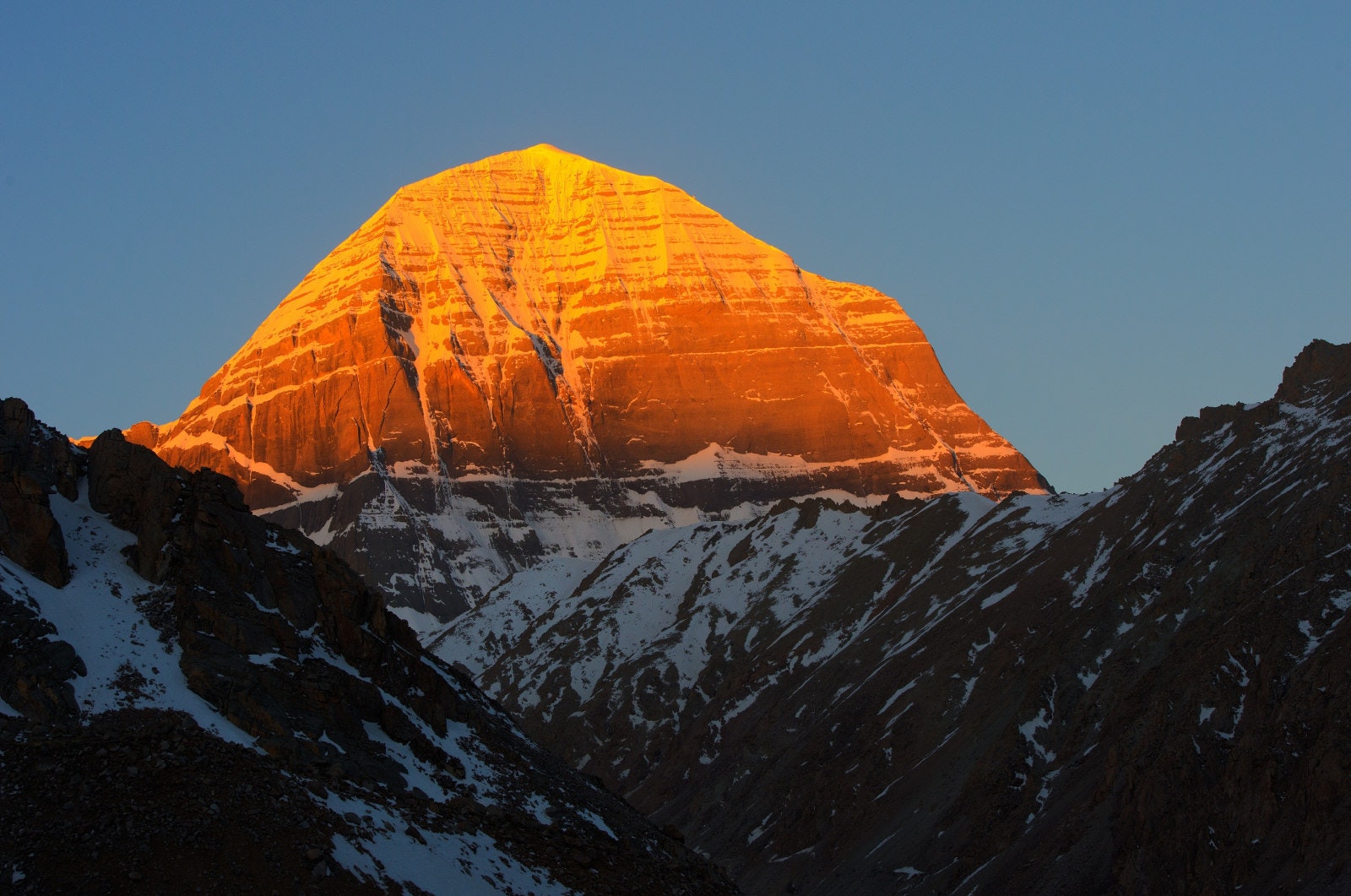 For Book 3 (currently under major revisions because I decided to break it out into two books) I drafted the story which takes place almost entirely in Ireland. My lifelong desire is to visit Ireland and the more I research for the book, the more I want to go.

Quick fun story connecting Book 1 and Book 3 – no spoilers, I promise. The inn in Book 1 (real name was Killahevlin). When I recently put in a search online for Killahevlin, I was brought to Killyhevlin – an actual inn in Ireland AND it happens to be EXACTLY the place (county, town, on the same lake) as where our heroine, Greylyn, originally rose from the grave and presumably lived her human life. Coincidence? I knew nothing of the actual Irish inn until this point and now my future vacation plans include staying at Killyhevlin.

Now, where was I? Oh yes! Book 3 locations. I got amazingly lucky to find someone over social media who lived twenty years in the same town that takes up the beginning of the book (not Killyhevlin, someplace else). When I initially wrote the scene it came off more “Coney Island” than what it really was. My informant was able to correct all my nonsense so now the scene is more authentic and that makes me happy. Thank you, Laurine! You’re an angel!

You love fantasy fiction, right?
Then you must check out the latest from Katherine Gilbert!
Cursed in White 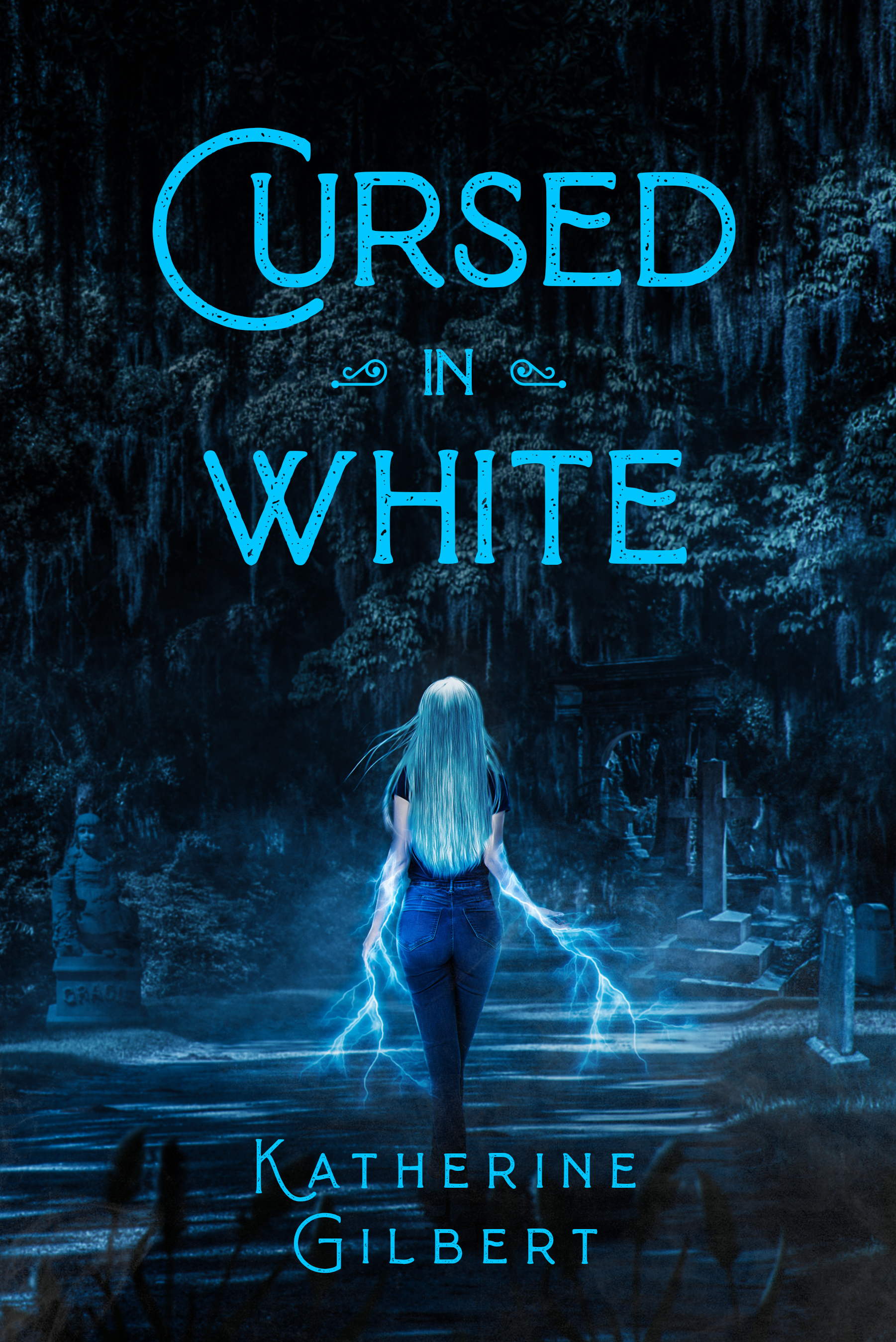 A lost girl desperate for safety, a wary boy with uncertain loyalties, and comrades who seem more like enemies–can they work together to avoid a paranormal disaster?

When Evan Brendan is forced to chase an escaped gryphon to an island occupied primarily by clueless tourists, a famous lighthouse, and the occasional giant teddy bear left on a motorcycle, he discovers a scared runaway teenager with lightning powers she can’t control. Despite her objections and his better judgment, he takes his father’s advice and recruits her for The Will, the secret organization he’s reluctantly been part of since birth. But what terrible secrets from her past might he be bringing into his well-ordered world?

Suddenly finding herself in a parallel dimension in a mansion complete with a cryptic gryphon, a silent revenant, a disturbing, too-pretty boy who smells like cinnamon, and his quirky feline familiar, Carrie Summerland has to learn to cope with her little-understood powers. But after a nightmarish initiation into this highly-dubious supernatural organization, can she trust these seeming new friends–or her own emotions?

Amid the haunted landscape of Jekyll Island, Georgia, where ancient oak trees drip with Spanish moss and hide the island’s dark past, Evan and Carrie must discover the secrets that The Will and Evan’s father are hiding and dig into the truths of Carrie’s past. With the help of the parkour-loving and occasionally pirate-garbed vampires of Savannah, Georgia, and hindered, helped, or confused by Evan’s past inamorati (a gamine tree nymph and a much-too-flirty succubus), they must find the source of a growing vampire madness and stop whoever is using it to try to take over the world.

On a Katherine Gilbert wackiness scale of 1-to-10 sarcastic talking cats*, this one is a 7.

*Warning: Not all stories contain talking cats. Wackiness may take other forms.

The More in Heaven and Earth series is all set in the same magical universe filled with angels, witches, werewolves, demons, vampires, ghosts, and many other supernatural creatures. They can be read in any order or as stand-alones and will introduce you to a variety of fascinating characters, as they take you to various parts of this unusual earth.